The current Audi A4 is among the oldest vehicles in the brand’s lineup. Having debuted back in 2008, it’s long overdue for an update, and according to our friends at Indian Autos Blog, that’ll happen in roughly six months.

IAB spoke to Audi research and design chief Ulrich Hackenberg, who indicated that the fifth-generation A4 will be shown at the 2015 Frankfurt Motor Show in September. The new sedan will be unveiled in “a pre-presentation” before the auto show itself, Hackenberg told IAB, adding that “you’ll be happy to see it.” Information beyond that, though, remains sparse.

Based on our previous spy photos, we expect the new A4 to ride on the Volkswagen Group’s modular MLB Evo platform that’s been stretched to accommodate a larger wheelbase. The styling, meanwhile, will be more evolutionary, inspired in part by the new TT.

Expect more on the next-generation A4 as September approaches. 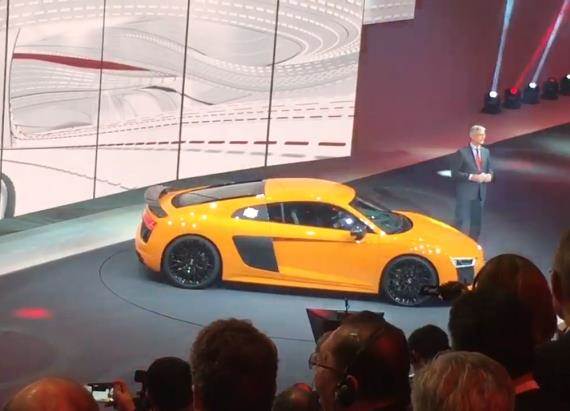